Few people are aware that ICAO had a precursor. The International Commission for Air Navigation (ICAN) was created by the Paris Convention on October 13, 1919 as part of a vast post-World War I international re-organization.

France should also be recognized for having formed the very first aviation-related federation of any kind: the Fédération Aéronautique Internationale was established in 1905 as a non-governmental and non-profit organization to promote aeronautical and astronautical activities worldwide, particularly in the field of air sports, as well as to encourage related skills, proficiencies and safety measures.

There is general acceptance, however, that 1919 was the year when the international air transport industry was born, even despite the fact that the first scheduled air service had operated across Tampa Bay, Florida (U.S.A.) during the first four months of 1914.

1919 also marked the year when the precursor to the current International Air Transport Association (IATA, representing world scheduled airlines) was established, when representatives of five air transport companies from Denmark, Germany, Great Britain, Norway and Sweden meet at The Hague, Netherlands, to sign an agreement to form the International Air Traffic Association.

Up until 1919, and for many years afterwards, much of the world’s commercial air transport activity was focused upon the carriage of airmail. These early, pioneering days for civil aviation were immortalized by the passionate pilot Antoine de Saint-Exupéry in his novel Vol de Nuit, which captured the world’s imagination. 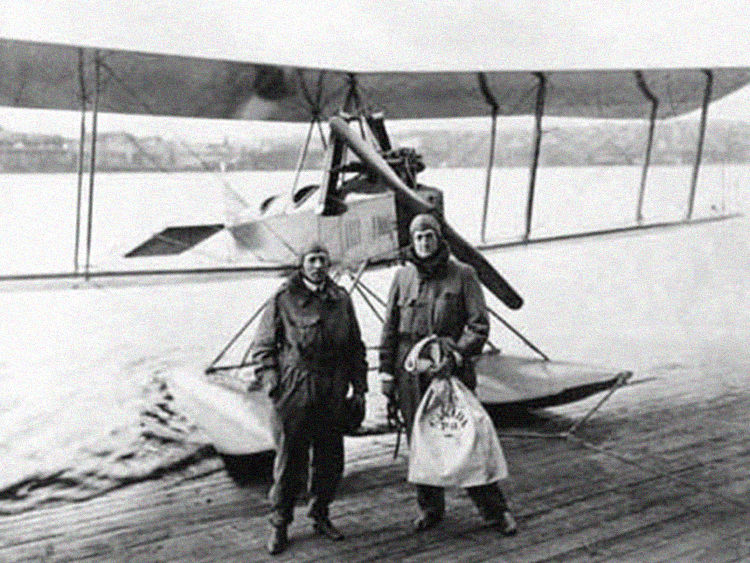 In 1919 the United States kicked off the international airmail era by flying 60 letters from Vancouver, British Columbia, to Seattle, Washington. Bill Boeing was in the cockpit of the Boeing Model 2 bi-plane flown on the occasion. Mail was one of the first commodities carried by air, beginning as far back as the late 1800s with a successful aerial postal service operated using balloons.

From 1919 through to 1944, a number of additional and important civil aviation developments were realized which helped to create a strong foundation from which the Chicago Convention could later be realized.

In 1925 for instance, the First International Conference of Private Air Law was convened in Paris to examine airline legal obligations and to undertake the immense work of codifying private air law. The final protocol of this Conference called for the creation of a special committee of experts, la Comité International Technique d'Experts Juridiques Aériens, or CITEJA.

In 1926, an Ibero-American Convention was developed under the leadership of Spain, with Portugal and the States of Latin America, while the United Stated and United Kingdom each passed regulations relating to governance of air commerce in their territories.

In 1929, the Convention for the Unification of Certain Rules Relating to International Carriage by Air was signed at Warsaw. It entered into force in early 1933. The Warsaw Convention established the conditions of international air transport with respect to the documents used for such transportation and of the liability of the air carrier (at that time about $10,000 for each passenger and about $20 per kilogram of checked baggage or goods).

Also in 1933, the Convention on Damage Caused by Foreign Aircraft to Third Parties on the Surface of 1933 was signed in Rome Italy. This later amended by the Brussels Protocol of 1938 to permit some basic defenses for insurers. Also in 1933 the first International Sanitary Convention for Aerial Navigation was signed at The Hague (without a conference) to protect communities against diseases liable to be imported by aircraft, as well as flying personnel against diseases due to flying.

The 1930s in general also cooperation amongst world airlines advance rapidly under IATA, with many new technical standards and commercial air transport regulations being developed. This included the technical standardization of cockpits, fire prevention, marine airports, and ice accumulation, as well as standards governing revenue accounting and traffic management.

While this accelerating civilian air transport development was interrupted by the Second World War from 1940-1945, the advances made during this period were instrumental to the realization of the eventual global framework now managed through ICAO.